It's the day you've been waiting for your whole life. The date's been set, all the feverish planning is over and now it's just you and your partner waiting for the big day—the launch of your first-ever startup.


But tomorrow never comes because you failed to account for a global pandemic.


So, what do you do? Well, I'll tell you what the founders of PigeonBox did when this exact thing happened to them. Talk about going back to basics.


PigeonBox got an early start in 2018 when two alumni from the University of British Columbia (UBC) started storing online deliveries for various student clubs at around $10 per delivery. No fancy technology, not a single line of code, just some spare office space.


Once they'd proven the model, they looked to how countries like Japan were innovating in the online delivery space. If your imagination, like mine, went straight to AI pigeons and teleportation, even the Japanese aren't quite there yet. They used very tiny but smart lockers.


By October 2018, the founders had secured space for smart lockers on the UBC campus and launched PigeonBox. All customers had to do was sign up for a PigeonBox account, use the PigeonBox-assigned address when shopping online and pick the orders up from a PigeonBox locker.


Using PigeonBox was like having a Christmas stocking year-round, except the stocking was a hard metal locker and you needed a code to open it.


To scale the business, the founders needed to expand beyond the bubble that was UBC. And what could be more legit than partnering up with Translink to install smart lockers at several SkyTrain stations? The ultimate source of foot traffic—a statement any rational person would've nodded enthusiastically to in 2019.


The stars really aligned because the theme for the 2019 Translink Open Innovation Call was improving customer experience at TransLink’s stops, stations and exchanges. After spending months on a proposal, PigeonBox was selected as the First Winner of the 2019 Open Call for Innovation and their smart lockers were installed at the following SkyTrain stations in Vancouver: Joyce-Collingwood, Commercial-Broadway and Stadium-Chinatown.


PigeonBox even got a shoutout from the president of UBC himself, Santa J. Ono! 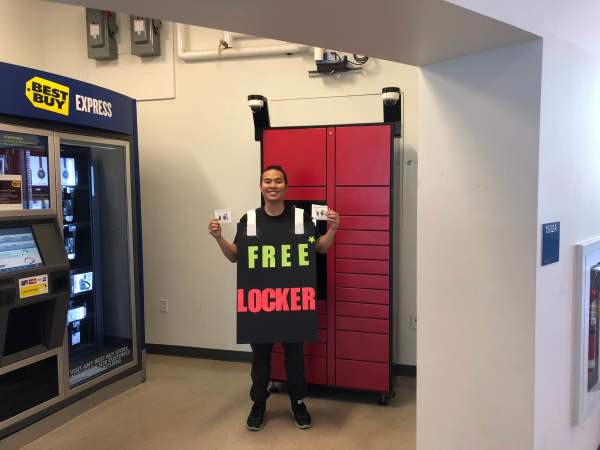 They say startups are hard but what happened next was just uncalled for.


The day that PigeonBox was slated to launch in three SkyTrain stations in Vancouver was the very day that the global pandemic decided to rear its ugly head in Vancouver. The only foot traffic in a city-wide lockdown would've been that of actual pigeons. And they were not the target customer (although those pesky creatures would've loved to be.)


The big launch was delayed to sometime in the future and the lean team of three co-founders were left to ponder whether their startup was dead in the water.


Unable to do nothing, the co-founders took to creating resources for the community. They prepared a Google Sheet detailing what was open, where to buy essentials and when senior hours were. A small attempt at raising brand awareness.


As the state of the world rapidly declined and iPhone users discovered their phones could no longer recognize them, the consensus among the co-founders was that PigeonBox was over and no part of it was salvageable. "We could either throw a Hail Mary and try to keep the business afloat, or just die" according to Miguel Testa, the technical co-founder of PigeonBox.


And then Canada Post started getting backed up and businesses were struggling to get deliveries from their warehouses in time. While most of us were annoyed that we had to wait two months for our banana bread baking tins to arrive from Amazon, the PigeonBox co-founders spotted an opportunity.


Within two weeks, the co-founders temporarily pivoted PigeonBox into a traditional delivery business. They already had all the infrastructure in place for a delivery business after all. What they offered was a more affordable alternative to Canada Post for businesses to get packages delivered from their warehouses.


It turned out that many parts of PigeonBox were indeed salvageable. They had Uber-like tracking of packages and next-day delivery. All at a cheaper rate than Canada Post. 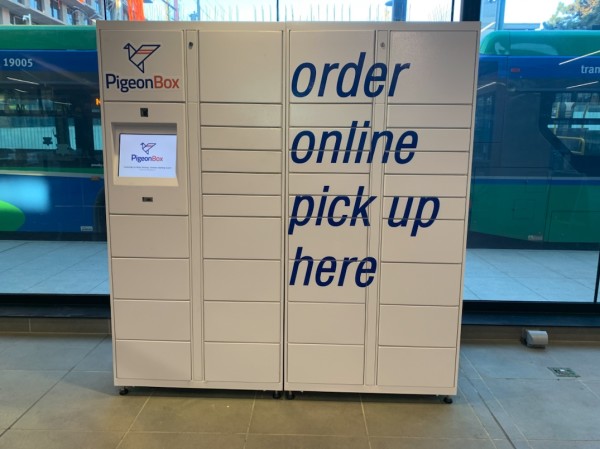 To match their old-school business model, the co-founders used old-school marketing tactics to get customers. They cold-called hundreds of small businesses in Vancouver and positioned themselves as a cheaper alternative to Canada Post with better technology.


As the customers started piling in, two of the PigeonBox co-founders delivered the packages from warehouses to businesses using their own vehicles. The remaining co-founder improvised by using Evo, a popular car-sharing service in Vancouver. Nobody was left idling.


At a time when businesses were merely hoping to live to fight another day, PigeonBox came in like a knight in shining armour. "It was a proud moment for the business because we created an opportunity out of nothing," recounts Miguel Testa, the technical co-founder of PigeonBox.

Back To The Future


Although driving around in a philanthropic version of Grand Theft Auto was certainly appealing, the PigeonBox co-founders knew that they wanted to stay true to their original vision for PigeonBox: smart lockers. As foot traffic began to slowly reappear at SkyTrain stations a few months into the global pandemic, PigeonBox finally launched with Translink in June 2020.


By November 2020, foot traffic picked back up and the co-founders stopped operating the temporary pivot of a traditional delivery business. They disinfected their vehicles for good and shifted their focus back to being an innovative online delivery service.


So what did the PigeonBox team get from their temporary pivot? Other than being exempt from the pressure to discover a new hobby in quarantine, they gained two valuable things.


First, the temporary pivot provided them with much-needed cash flow to both survive the pandemic and eventually pursue the original vision for PigeonBox. Not to mention a much-needed boost in morale during an unforgivingly difficult time.


Second, they experienced the sheer grit that's required to sustain a business. Especially when the initial excitement of starting a startup fades and times get tough.

Flashy Doesn't Always Do It


When we think of startups, we often think of new and innovative technology or sensational user experiences on the latest smart devices. We don't think of a traditional delivery business.


But the truth is, flashy doesn't always do it. It certainly won't bail you out of your startup's slow demise during something like a global pandemic. However, going back to basics just might.


If you take one thing away from this story of PigeonBox, let it be this: A true entrepreneur will stop at nothing to get just one shot at keeping their business alive. Even when there's considerable risk that their efforts may turn out to be futile. 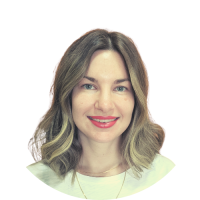 Lena is a product manager turned entrepreneur, writer and speaker. She has 7+ years of experience in startups and startup-like teams with 3 of those years spent in product management. After running an innovation lab as a product manager in 2019 and getting her first taste of entrepreneurship, she left her job in 2020 to test her own ideas as an entrepreneur. Lena's completed several projects including a self-published book called The Making of Product Managers and a customer interviews tool for venture teams going through startup accelerators called Hypothesee. She writes about her entrepreneurial journey transparently on her website and contributes some of her writing to Product Coalition and The Startup, two large Medium publications.